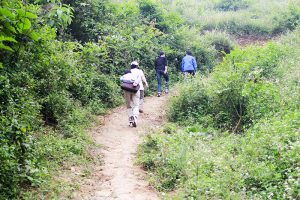 Under the sponsorship of the United States Agency for International Development (USAID), the Center for Community Health Research and Development (CCRD) conducted a baseline survey for the project: “USAID Community HIV Link – Northern Mountains”. The formative research was implemented from August to October, 2014 in three project sites namely Hanoi, Dien Bien and Lao Cai with the following objectives: 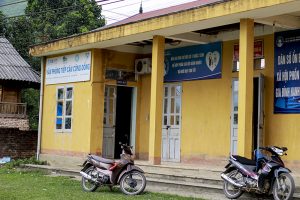 To achieve these objectives, a cross-sectional study combining both quantitative and qualitative methods was applied. For quantitative study, four semi-structured questionnaires were developed for four key populations groups, including People Living with HIV/AIDS (PLHIV), Injection Drug Users (IDU), Female Sex Workers (FSW) and Men who have Sex with Men (MSM). The total number of participants in quantitative study is 1,003 with 495, 240 and 268 in Hanoi, Dien Bien and Lao Cai, respectively. For qualitative study, the research team has conducted about 40 in-depth interviews and focus group discussions with the target populations of the project, HIV/AIDS service providers such as Voluntary Counseling and Testing (VCT), Outpatient Clinic (OPC) and Methadone Maintenance Treatment (MMT).

Survey findings are expected to provide evidences of the situation, demands, barriers and difficulties in accessing HIV/AIDS services of the key populations and PLHIV as well as the capacity and quality of HIV/AIDS services for the design of specific, appropriate and sustainable interventions to enhance quality and performance of the community-based HIV/AIDS services in the project provinces.