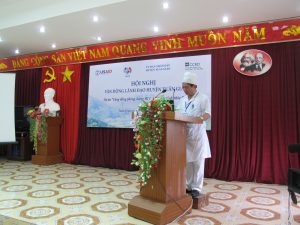 In the framework of the project “USAID Community HIV Link- Northern  Mountains” funded by USAID, CCRD has collaborated with the Dien Bien Provincial AIDS Center and Tuan Giao District  People’s Committee successfully organized the advocacy meeting for leaders at district level in May 22, 2015. The meeting was directed by the Vice Director of Dien Bien Provincial Department of  Health and Vice Chairman of Tuan Giao District People’ Committee,  and the participation of representative of Vietnam Authority for HIV/AIDS Control (VAAC), Ministry of Health.

At the meeting, leaders of relevant departments from district to commune levels have actively discussed to find solutions to overcome the difficulties and challenges in the prevention of HIV/ AIDS in the district, especially strengthen HIV/AIDS services to remote and hard- to -reach areas, increase the number of high-risk populations using HIV testing and treatment service, and organize communication activities on HIV/ AIDS in the community. End of the meeting, District  People’s Committee of Tuan Giao pledged to join hands in close coordination and in project implementation at the district level as well as the prevention of HIV / AIDS in the district in general. 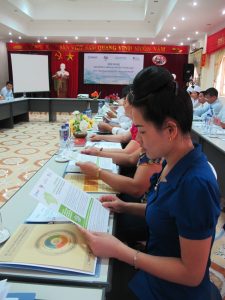