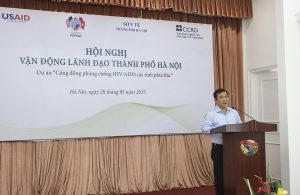 In the framework of the project “USAID Community HIV Link- Northern Mountains” funded by USAID, CCRD – in collaboration with the Hanoi Department of Health (DOH) and the Hanoi Provincial AIDS Center of Hanoi (PAC) – has successfully organized the advocacy meeting on May 28th, 2015. Chairing the meeting were leader of the Vietnam Authority for HIV/AIDS Control (VAAC) and Deputy Director of the Hanoi DOH. Representatives of related provincial departments, mass organizations, HIV/AIDS service providers and community-based organizations also joined the meeting.

Leader of VAAC and PAC Hanoi presented the situation and trends of HIV/AIDS epidemic, long-term objectives of HIV/AIDS prevention and control of Vietnam in general and Hanoi in particular, along with challenges and solutions. Hanoi is among the top 5 provinces with the highest cumulative number of people living with HIV (PLHIV). The epidemic of the city is also complicated with an increasing trend of sexual transmission, implying a risk of transmitting HIV to the broader community. Under the national approach, Hanoi is striving to integrate its HIV/AIDS prevention and control programs into the health system by decentralizing and using state budget in order to decrease dependence on donor funding. After the presentations, all participants engaged into an enthusiastic discussion about the roles of related provincial departments, mass organizations, HIV/AIDS service providers and the community in attaining the goal of ending AIDS in 2030 set by UNAIDS. 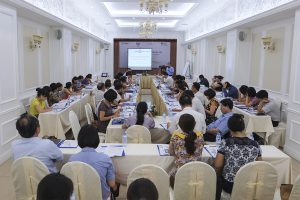 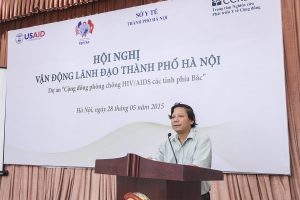 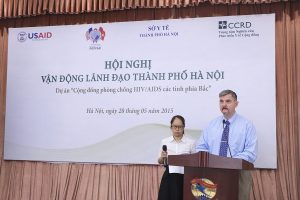 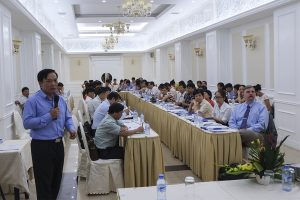